Benny is currently in Vanuatu on the penultimate leg of his 2013 Freedom Tour. He was greeted at the airport by the Minister of Agriculture before being escorted by Kastom Chiefs to meet the general public.

Later he was received by Port Vila Council of Chiefs and had a Kastom Ceremony of arts and dance performed in his honour. He will also address the Parliament and meet exiled independence leaders Dr John Ondawame and Andy Ayamiseba.

Here is an newspaper article from the Vanuatu Daily Post reporting the visit. 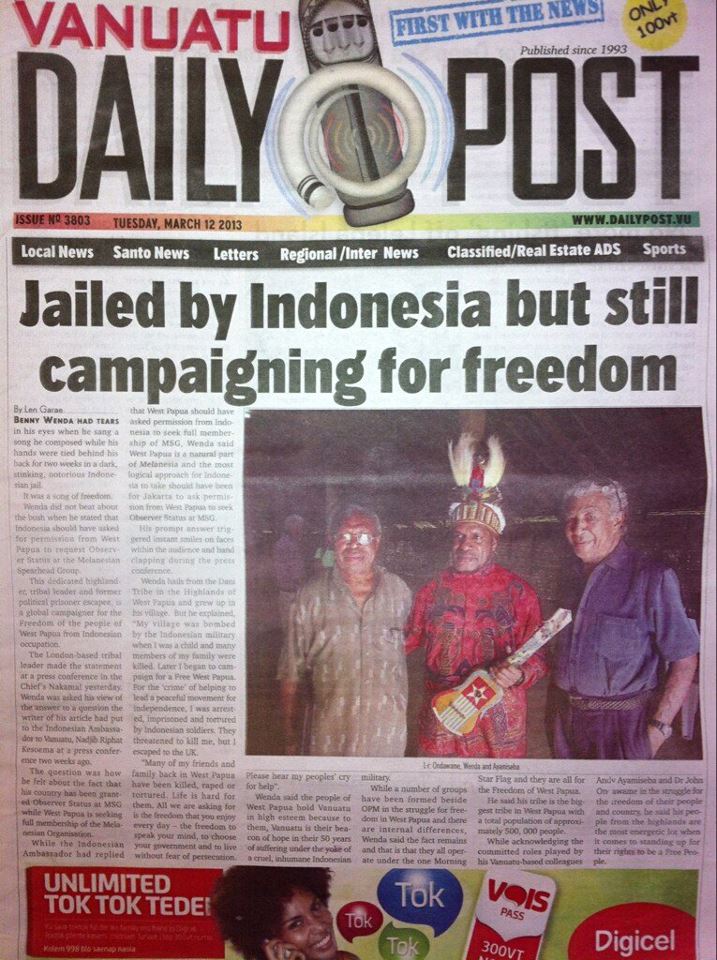