Shortly after being granted political asylum in the United Kingdom, Benny Wenda began campaigning for the self-determination of his people on a variety of fronts.

He set up the Free West Papua Campaign in 2004. Based in Oxford, the campaign works to spread awareness of human rights abuse in West Papua and highlight the right of self-determination for the people of West Papua. It now grown to include permanent offices in The Hague (the Netherlands), Port Moresby (Papua New Guinea) and Perth (Australia).

Benny has met with numerous politicians including the British Prime Minister, and the President of Senegal during a visit to West Africa in 2010. As a sign of support for his work, the Mayor of Oxford also raises the West Papua Morning Star flag above Oxford Town Hall on 1st December each year.

Benny travels tirelessly around the world to raise awareness about the plight of his people. In 2010 Benny travelled to Dakar, Senegal at the invitation of the President Abdoulaye Wade, to attend the World Festival of Black Arts and Cultures. Benny gave a speech informing attendees about the forgotten struggle of West Papua. After his speech the President urged all those present to lend their support to the Papuan people.

In 2011, the Indonesian Government issued an International Arrest Warrant for Benny through Interpol. This move was widely regarded as an attempt to silence Benny and prevent him from travelling overseas to campaign for West Papua self-determination. Fair Trials International led an appeal to have the Red Notice removed so that Benny could once again travel freely. In August 2012, in a landmark case Interpol removed the Red Notice against Benny, after an investigation concluded that the Indonesian Government had abused the system in a politically motivated attempt to silence Benny.

Now free to travel the world, in 2012 Benny undertook trips to Norway, the Netherlands and Sweden. He was a guest speaker at the Oslo Freedom Forum where he received a standing ovation for his speech about the struggle of his people to overcome Indonesian colonial rule.

In November and December 2012, Benny undertook a tour of the Caribbean and South America, lobbying politicians and meeting with grassroots movements to awaken them to the situation in West Papua. The tour took him to countries including Barbados, Jamaica and Guyana. He also co-hosted a launch event for International Parliamentarians for West Papua (IPWP) in Georgetown, the capital city of Guyana. Benny met with the President of Guyana  and discussed at length the situation in West Papua and the right of the West Papuan people to self-determination. He also met with Rashleigh Jackson, former President of the United Nations Security Council and former Minister of Foreign Affairs for Guyana. Following their meeting Mr Jackson pledged his support and stated ‘It is time to bring a successful end the persistent and courageous struggle of the people [of West Papua] for Freedom and Independence’. 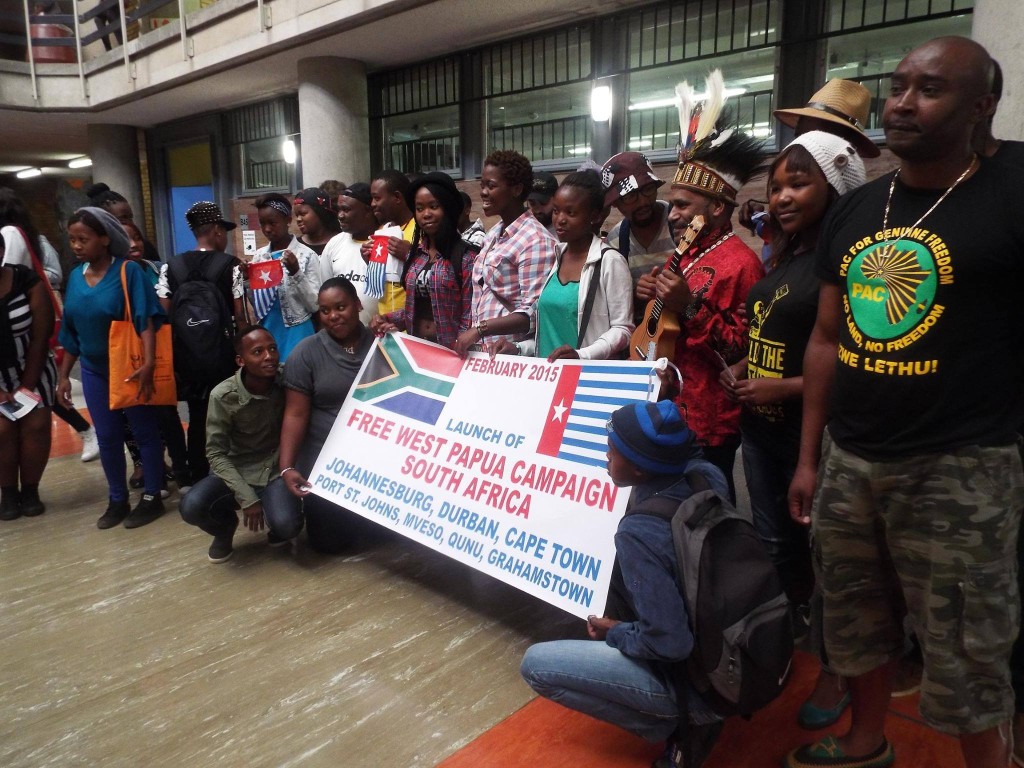 In 2015, Benny embarked on his first official tour to South Africa. Beginning in Soweto, Johannesburg at the invitation of local commanders of the Pan African Congress (PAC), he visited the homes of many leaders of the revolution against apartheid in South Africa and survivors of the Soweto Uprising of June 1976, which resulted in the deaths of hundreds of South African students.

The trip also saw him give a keynote speech at Rhodes University and launch a new branch of the Free West Papua Campaign in Johannesburg, as well as visit Cape Town, the Eastern Cape, Gauteng and Durban. He returned to South Africa again in 2015, and also visited Ghana at the invitation of the President for their independence day celebrations.

Benny has been nominated for the Nobel Peace Prize on two occasions, in 2013 and 2014, in recognition of his tireless campaigning work and devotion to finding a just and peaceful solution to the conflict in West Papua.