Powes Parkop was presented with the ‘John Rumbiak Human Rights Defenders Award’ for 2013.

This Sunday, a permanent Free West Papua Campaign office will be opened in Port Moresby. Thousands of people are expected to join a march to City Hall in the morning, including church leaders, political figures, activists and civilians. The West Papua flag will then be raised permanently from the main Government building, City Hall, alongside the Papua New Guinea flag.

Later in the day a freedom concert will take place in Jack Pidik featuring some of Melanesia’s leading musicians. 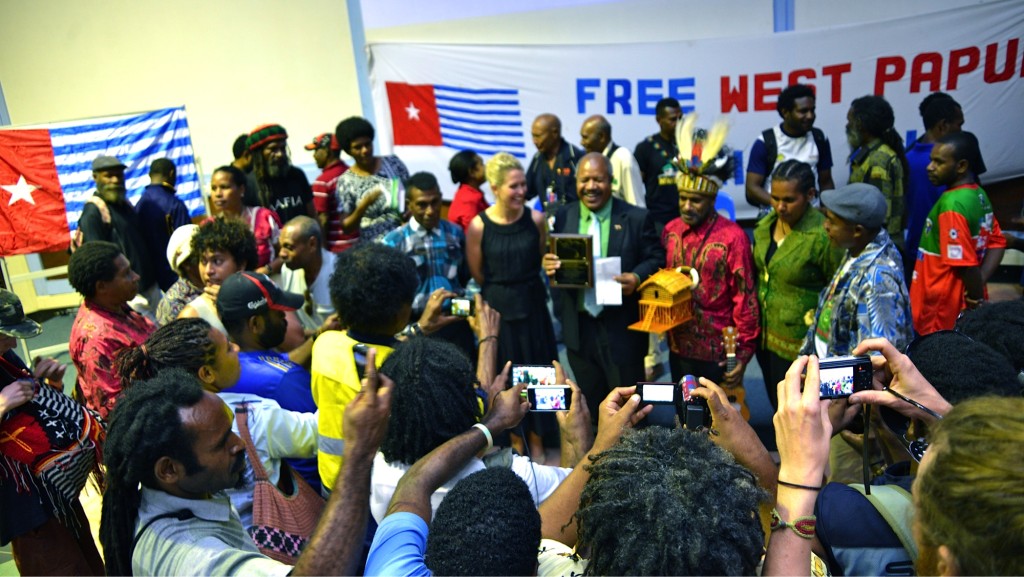