Everyone profits from West Papua except Papuans

Home / Updates / Everyone profits from West Papua except Papuans

An article Benny has written for the Huffington Post.

As a child growing up in the remote highlands of West Papua, we often heard stories from the elders about how our ancestors’ spirits lived in the mountains and forests. How they would cry if they saw what is happening today. Illegal logging is rife, and the world’s largest gold and copper mine, Freeport, has caused permanent environmental devastation to our sacred lands that is visible from space.

You would think that being home to the world’s largest goldmine and huge natural gas deposits, West Papua would be a land of riches. Yet we remain the poorest and least developed part of all of Indonesia. There is a lack of basic healthcare, and literacy levels are lower than the national average.

So who is profiting from our sacred lands? The answer lies with companies including Freeport, Rio Tinto and BP — and, of course, the Indonesian government. When West Papua was colonized by Indonesia in the early 1960s, Indonesia quickly awarded the rights to mine our land to the U.S. company Freeport-McMoRan (under the guidance of Henry Kissinger, who later joined Freeport’s board). The multimillion-dollar Freeport contract was signed in 1967, two years before West Papuans were given a vote on whether to remain part of Indonesia in a UN referendum required by international law and the UN’s commitment to decolonization. The deal to exploit our resources had already been signed before the vote took place: Indonesia left nothing to chance in securing its future revenue stream. The Act of Free Choice (we call it the Act of No Choice) saw just 1,025 people allowed to vote, out of a population close to 1 million, under threat of violence.

Freeport and Rio Tinto are said to have close relations with the military to protect their mining interests in my people’s lands — the very same military that is estimated to have killed more than 500,000 of my people and continue to commit abuses today. In 2008, the Norwegian government removed $1 billion in investments in Rio Tinto because of the environmental damage caused by the company. Sadly, other countries have not followed suit.

In the eyes of Papuans, those companies have given international legitimacy to Indonesia’s colonial rule. While they have profited from our natural resources, my people have been subjected to nearly 50 years of oppression, hardship and poverty. As a child, my village was bombed by the Indonesian military and we fled to live in the jungle for many years, in fear of our lives. I have witnessed the rape and murder of my family by Indonesian soldiers. These injustices have only strengthened my resolve to campaign for my people.

This week I will be speaking at the Oslo Freedom Forum, bringing the voice of West Papua’s struggle to a new audience. My people have been waiting for nearly 50 years to have their voice heard and to have respect for their most basic of rights — freedom of speech and freedom to determine their own futures. When I fled West Papua in 2002 I had tears in my eyes. I pray that, one day, my family and I will be able to return to our homeland with a smile. It is the resolve of my people to continue in our struggle and the efforts of our friends that give me faith it will happen. 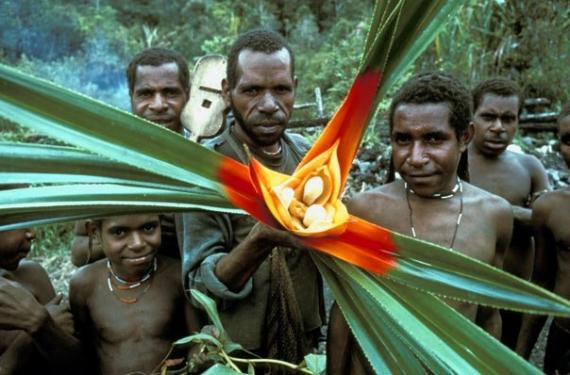