Official Tour of the Caribbean

Benny has just returned to the UK after a successful three week tour of the Caribbean and South America. He visited countries including Barbados, Jamaica and Guyana, and co-hosted a launch event for International Parliamentarians for West Papua (IPWP) in the capital city of Guyana.

Benny met with the President of Guyana (pictured below) and discussed at length the situation in West Papua and the right of the West Papuan people to self-determination. He also met with Rashleigh Jackson, former President of the United Nations Security Council the former Minister of Foreign Affairs for Guyana. Following their meeting Mr Jackson pledged his support and stated “It is time to bring a successful end the persistent and courageous struggle of the people [of West Papua] for Freedom and Independence“. 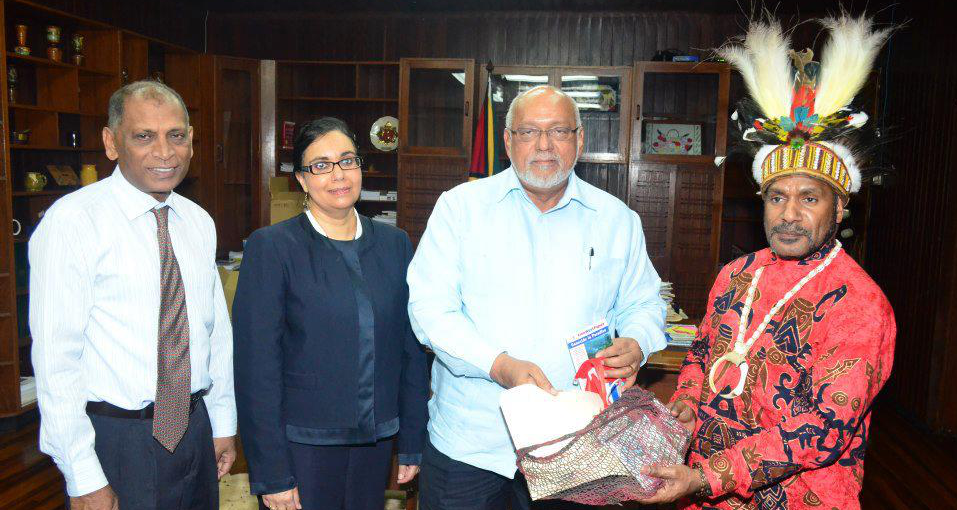 Benny (far right) pictured presenting the President of Guyana (second right) with a West Papua flag and documentation about the ongoing struggle for freedom in West Papua. Also pictured is Melinda Janki (co-founder of International Lawyers for West Papua), and the Deputy Foreign Minister of Guyana (left)