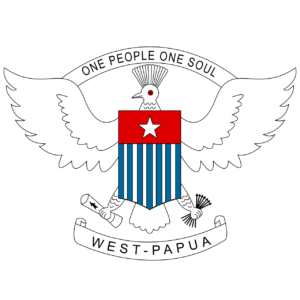 I, Chairman of the United Liberation Movement for West Papua (ULMWP), condemn in the strongest possible terms the use of chemical weapons by the Indonesian military on West Papuan civilians. Indonesian security operations over the last month have created a humanitarian crisis in the Nduga Regency.

The ULMWP is receiving numerous reports that chemical burn-causing weapons have hit villages in the Nduga region of West Papua. We have photos of burned limbs, dead bodies and empty munitions canisters. The pain of the occupied West Papuan people has been increased once again by the Indonesian state.

Already over the last month, thousands of people, including women, children and the elderly, have fled their homes and are hiding in the bush without access to shelter, food, and water. Already three children have died from hunger hiding from the bombs and bullets of Indonesia. Indonesian operations bring back memories for us West Papuans of military campaigns in 1977 which killed thousands of us.

Indonesia claims the photos and testimonies are lies. But why then does Indonesia refuse to let independent investigators, journalists and humanitarian aid agencies in to help the victims, and to show what really happened? If Indonesia is so sure that we West Papuans are lying, why do they have so much to hide?

The photos and testimonies of the Papuans who have been burned and killed by Indonesian chemical warfare brings back memories of my childhood. In 1977, I fled my village when Indonesian aeroplanes and bombs destroyed my home and killed my friends. My heart cries out seeing the same happening to us Papuans once again at the hands of the Indonesian state.

Now Indonesia is using the crisis to crack-down on freedom of expression. Indonesian police have aggressively targetted the Komite Nasional Papua Barat (KNPB), raiding their offices and arresting six members. The ULMWP political bureau office has also been shut down by the police and members of the political bureau arrested.

Indonesia is also an Associate Member of the Melanesian Spearhead Group (MSG) but is killing Melanesian people with bombs and guns. How can Indonesia claim to represent Melanesians internationally when it kills them in West Papua?

Indonesia is violating international law. The use of chemical burn-causing weapons is illegal. Indonesia is flouts these treaties in its acts of extreme violence. When chemical weapons are used in Syria the world is horrified, but in West Papua the Indonesian government is able to cover up its crimes by stopping any independent organisations from entering the country and then launch brutal military operations afterwards. This episode is more evidence of the desperate need for West Papua to have freedom from the colonial occupation of the Indonesian state.

The ULMWP calls for:

Chairman of the ULMWP condemns Indonesian crack-down on freedom of expressionThis Christmas, let the world remember the suffering people of West Papua