Yesterday on 21st May, Benny Wenda gave a talk at the Oxford Black Students Union about West Papua’s struggle against Indonesian colonialism and discrimination.

Benny explained to the students that his people were not fighting to overthrow political power but were peacefully fighting purely to stop Indonesia’s colonialism, discrimination and racism in West Papua. In West Papua there is a new form of apartheid with over half of the population being Indonesian migrants who are offered economic incentives and jobs to come and live in West Papua and are treated much better than West Papuans. 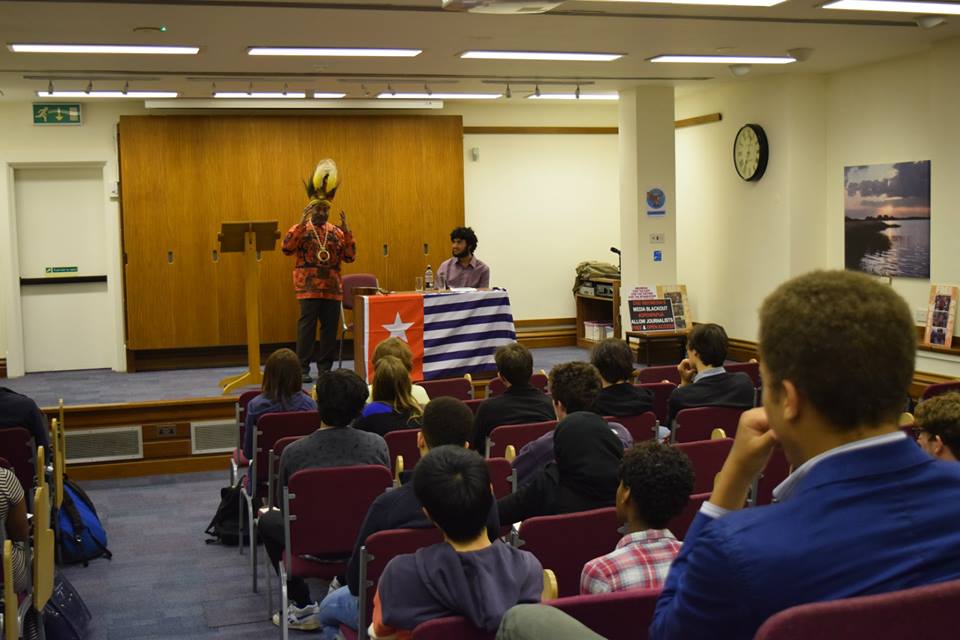 Benny said that Indonesia has systemically killed over 500,000 West Papuans (about a third of the population) to try and wipe them out from the Earth. The Indonesian authorities see West Papuans as subhuman and they feel that they are able to commit such atrocities unnoticed.

He also talked about how his people are campaigning to join the Melanesian and greater Pacific family and are working hard to gain important membership of the subregional body, the Melanesian Spearhead Group (MSG).

Benny told the students that they were the new generation able to change the situation in West Papua and he urged them to please join the global Free West Papua Campaign against the colonialism and discrimination of the Indonesian government.

Benny’s talk was a success and at the end, the students gathered and held the West Papuan flag, showing their support for West Papua to be free. 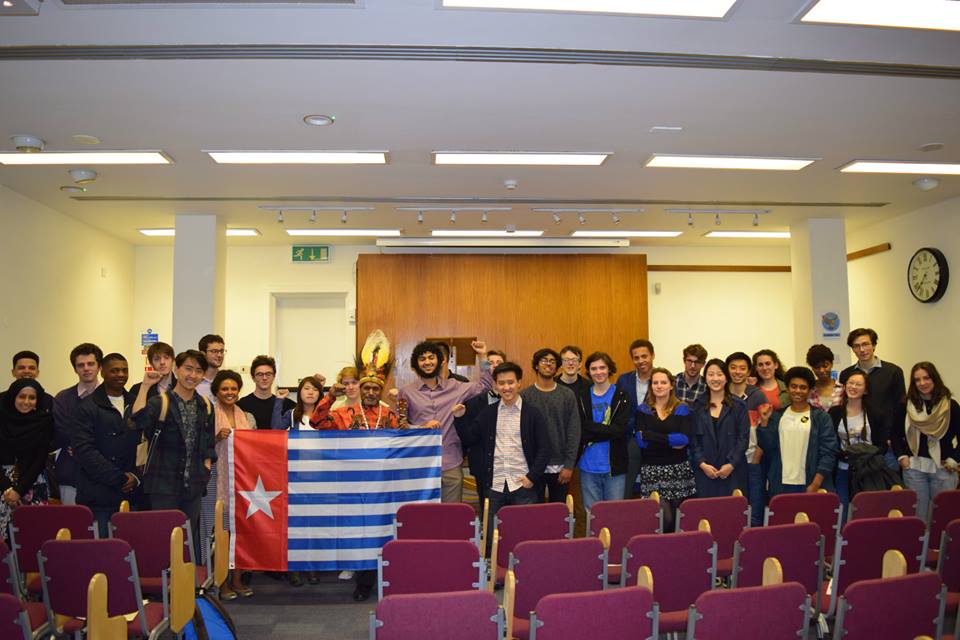 The Office of Benny Wenda would like to thank all those who attended this talk, showing more support for the freedom of West Papua. All around the world people are learning about West Papua and more and more students are finding out about the situation and are encouraging others to join the struggle and support West Papua to be finally free.