Indonesia’s independence has nothing to do with West Papua, which was illegally occupied by Indonesia in 1969, 24 years after Indonesia was independent. In fact, 17th August is only 2 days after the Day of Broken Promise, the day which West Papua was promised our own independence referendum during the “New York Agreement” on 15th August 1962. Indonesia, the United States and the Netherlands were all signatories to the promise that ALL West Papuans would be given a free and fair referendum on independence. If Indonesia was serious in administering West Papua, it should have fulfilled its promise and given us this referendum yet not-one single Indonesian government has done so.

Ever since Indonesia’s president Jokowi took power, more and more West Papuan people have been killed and continue to be killed; again, and again, even in the same locations. West Papua is becoming a killing field. We West Papuans are still mourning the ongoing killings, shootings and torture of our people by the Indonesian military and police. Less than 2 weeks ago, at least 1 person was killed and up to 17 people, including 6 children were shot by the Indonesian police in Deiyai. Then on 9th August, at least 1 person was killed and another shot by the Indonesian police in Paomako. Despite these brutal atrocities, the Indonesian Security Minister Wiranto who is wanted by the UN for Crimes Against Humanity has since claimed that such killings were “not human rights violations”. 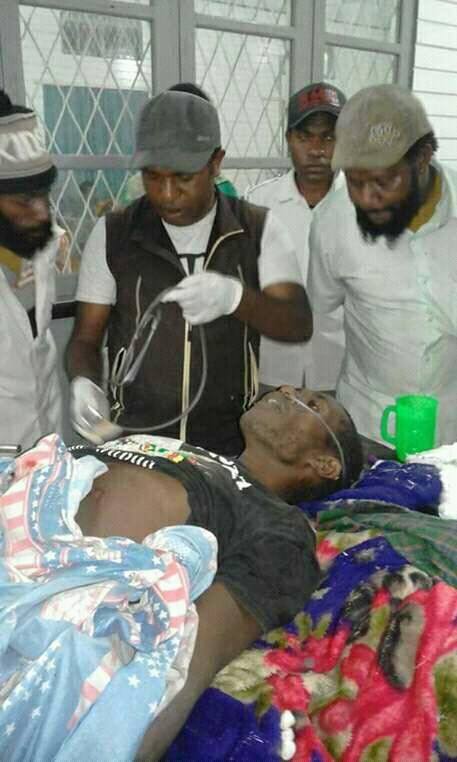 The people of West Papua must be free to decide themselves how they wish to live and must not be forced to celebrate Indonesia’s Independence Day. I urge my people to show the world and yourself that you are disciplined in your own right and proud of who you are as West Papuans, NOT Indonesians.

Indonesia’s independence has nothing to do with West Papua and should not be celebrated in West Papua. When West Papua is finally independent and free, we will live as good neighbours with Indonesia and we will celebrate West Papua’s own Independence Day in peace.